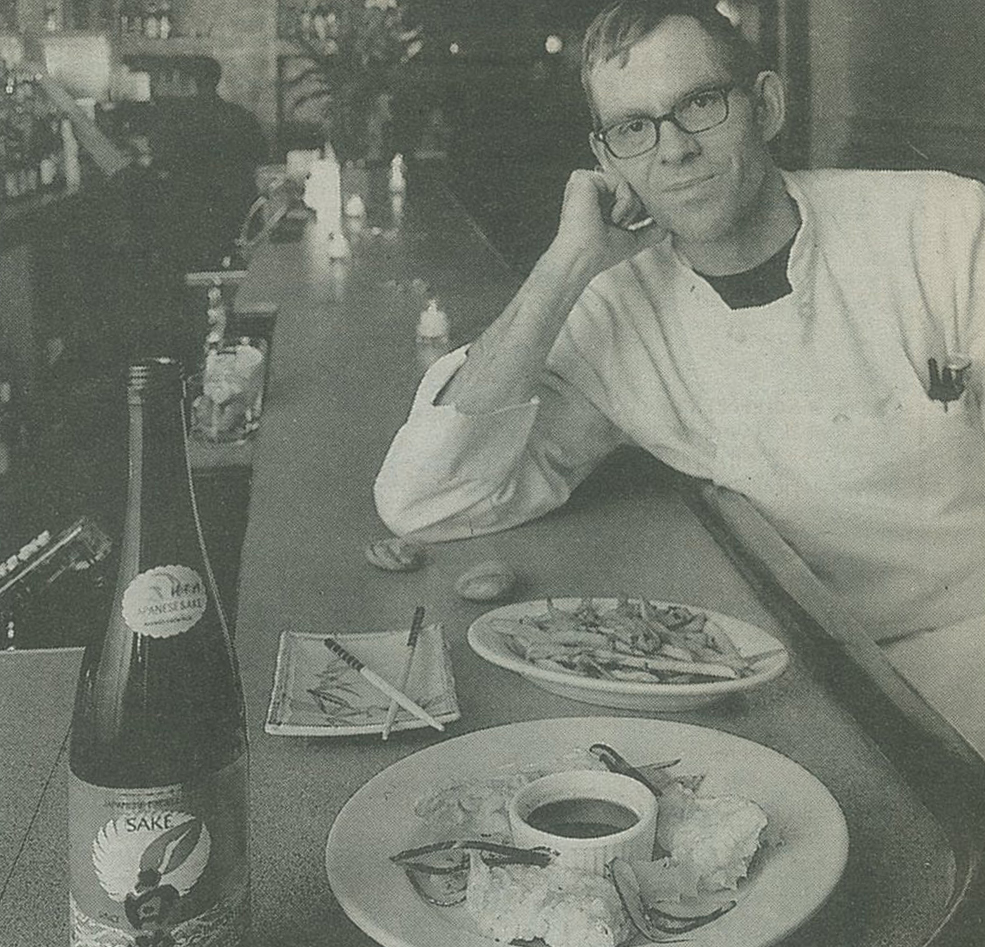 Cigar connoisseurs will recognize the Soho-looking storefront of Fort Greene's Sol by the logo, which bears more than a passing resemblance to a Cohiba band. Others will notice the crowded bar through the large glass windows, or perhaps be lured by the design.

Somebody here's been studying their feng shui. White votive candles flicker in unadorned windows and alongside smooth river rocks on bare wood tables. Overhead lights are arrayed to evoke the incense cones in Chinese temples. Even when crowded with a noisy full house, the dining room maintains a certain air of calm. And slick design isn't all Sol offers. The spot boasts an ambitious Asian/Latin menu that improvises fusion riffs on the increasingly familiar comidas-chinas-y- criollas-goes-uptown theme. When the macho assertiveness of Latin food meets up with the delicate flavors of Asia, a masterful hand is called for in the kitchen and not always found. That's the soul of this Sol.

A very well-informed waitress helped us get down to business. Caribbean vegetable dumplings ($5.50) proved timbales of mashed sweet potato atop shredded cabbage and were served with a soy dipping sauce that harmonized perfectly with the sweetness of the potato. The leaves of the baby greens with Cuban oregano vinaigrette ($6.50) were perfect, the herb scanter than we'd hoped. The ceviche martini, a bar glass filled with lemon-cooked seafood mix, disappeared fast. Mains seemed a mite polarized: either Latin (usually Cuban) or Asian (more eclectic). The delicately battered salmon pieces of Sol fish and chips ($15.25) were accompanied by crisp potato spears dusted with minced cilantro. The tender and tasty Cuban-style sirloin ($15.20) was too fainthearted with the garlic to pass in Miami. The citrus-marinated Cuban fried chicken ($11.75) was in fact roasted— moist, juicy, but not, alas, crisp. Asia took over with a seared tuna ($16.50) that was classic except for the diabolical invention of a wasabi cream that looked to be the sinus-clearing original, but proved a flavorless blob. A wonderfully slippery coconut flan ($5.50) paired the taste of the nut with the zap of multicolored grapefruit sections, while the Sol for two dessert sampler ($9) served the sated with tangy papaya sorbet, slices of ripe cantaloupe, a rich vanilla cream, and a delicious hazelnut-flecked flourless chocolate cake.

Growing pains were evident in the month-old toddler when I returned on a crowded Saturday evening: word was out and the place was packed. A room-temperature miso ($5) did little to ward off the winter chill, but the Thai chicken soup ($5) was hot, rich with broth, and heady with coconut and a hint of lemongrass. The Southeast Asian influenced grilled chicken breast with three-color curry ($12.50) offered a cilantro-infused green, a turmeric-scented ochre, and a chile-spiced red puddle under the fowl in an artist's palette of flavor. The advertised grilled kingfish ($13.25) was replaced by mahimahi, but the advertised pistachio pesto, coconut rum, and mango salsa played sweet crunchy rhythms on the tongue nevertheless. The accompanying yucca, though, went back to the kitchen with instructions for scrubbing: no one should have to eat dirt. Fortunately, a reprise of the coconut flan with two grapefruits reminded all to chill.

There are glitches, but the generous tastes from the kitchen, the extended hours, and the solicitous service from owner to busboy promise that Sol will mature gracefully. For now, I'm just delighted to know that the sun shines after midnight on DeKalb Avenue.